97.6% Patient Satisfaction based on 98 ratings

Scroll down to read and filter verified real patient reviews for Mary L. Perry, DO . You can also see locations, or contact Mary L. Perry right here at RealPatientRatings®.

Mary Perry
4.88
Based on 98 ratings
Value for the price 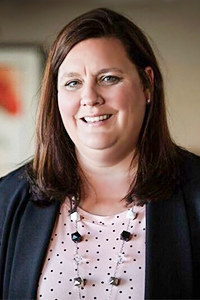 Dr. Perry has been practicing here at Hibiscus Women’s Center since July 2012 and currently accepts new patients for comprehensive obstetric and gynecological care from adolescence through menopause. She does various minimally invasive gynecological surgeries in the office as well as performing obstetric and gynecological surgeries at Melbourne Same Day Surgery Center and Holmes Regional Medical Center. She enjoys supervising the midwives with the management of low risk pregnancies as well as caring for obstetric patients who need physician management.

Dr. Perry graduated with honors from Nova Southeastern University, College of Osteopathic Medicine in 1999, and was Chief Resident in Obstetrics and Gynecology at Monmouth Medical Center in Long Brach, New Jersey. She has won numerous teaching awards including the Prestigious National Faculty Award from the American College of Ob/GYN for Excellence in Resident Education. She was recently appointed to Vice –Chairman of the Department of Obstetrics and Gynecology at Holmes Regional Medical Center.

Dr. Perry is also the Chief of Women’s Health at Brevard Health Alliance.