94.6% Patient Satisfaction based on 11 ratings 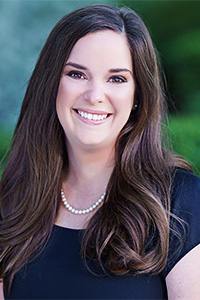 Melissa Wright, MSN, RN, WHCNP-BC, is a Dallas area native, and has been practicing OB/GYN nursing since 2007. She is thrilled to have joined Frisco Obstetrics and Gynecology, PA, as she has been a Frisco, Texas, resident for 12 years, and has always hoped to directly serve the women in the community in which she lives. Melissa is passionate about women's health nursing, and enjoys developing relationships with patients as she sees them through wellness care, problem visits, and pregnancies.

She was a Labor and Delivery registered nurse at Texas Health Presbyterian Dallas from 2007 to 2010, and has practiced as a board-certified women's health care nurse practitioner since 2010. Before joining Frisco Obstetrics and Gynecology, PA, Melissa practiced for six years in private practice with a group at Presbyterian Dallas, and three years at Parkland Hospital's Obstetrics and Gynecology Emergency Services Department.

Melissa has two preschool-age children, and in her spare time, she enjoys reading, traveling, play dates with other moms of preschoolers, and church activities.