93.6% Patient Satisfaction based on 310 ratings 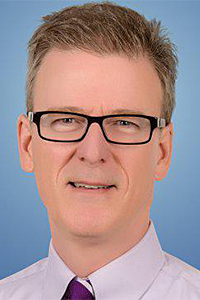 Michael Anthony, MD, FACOG, serves patients at Cary OB/GYN, with locations in Cary and Morrisville, North Carolina, as an obstetrician and gynecologist. He works in all areas of obstetrics and gynecology and has a special interest in menopause.

Dr. Anthony earned his medical degree from the University of Mississippi in Oxford, Mississippi, and he completed his residency training at the University of Louisville in Kentucky. He received his board certification from the American Board of Obstetricians and Gynecologists in 2004. He also has a credential from the North American Menopause Society as a Certified Menopause Provider.

Dr. Anthony joined the dynamic team at Cary OB/GYN in 1992. From 2005 to 2006, he served as president of the medical staff at WakeMed Cary Hospital, and he has served many positions on the hospital medical leadership staff through the years.

When he’s not working, Dr. Anthony enjoys spending time with his wife, Virginia, and their two kids, Helen and John. Dr. and Mrs. Anthony like to spend time with each other, participating in a variety of philanthropic events in Cary and Wake County.