96.0% Patient Satisfaction based on 220 ratings 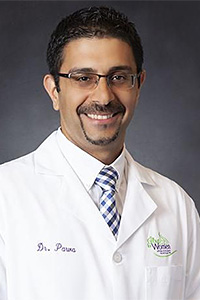 The Group For Women

Dr. Mehdi Parva joined The Group For Women in August, 2011.

Dr. Parva attended college at University of Toronto, Canada earning a Bachelor of Science in Human Biology. He then attended medical school at Saba University School of Medicine and completed a year of internship in General Surgery at University of Miami/Jackson Health System.

Dr. Parva has numerous publications in the field of Obstetrics & Gynecology. He is involved in several basic science researches. Dr. Parva is looking forward to this new journey in Virginia with his wife and son. Dr. Parva is accepting new patients at all of the Group For Women’s office locations in Kempsville, downtown Norfolk, and Chesapeake.