96.0% Patient Satisfaction based on 160 ratings

Monique Schneider
4.80
Based on 160 ratings
Value for the price 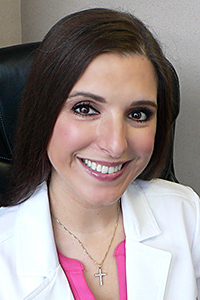 Monique Schneider received her Bachelor of Arts from Rutgers University in 2007 and later received her Bachelor of Science in Nursing from Seton Hall University’s Accelerated BSN program in 2010. She began her professional career as a registered nurse in the Emergency Department at Community Medical Centre in Toms River, NJ. After several years in the ED, her passion for women’s health led her to work as a registered nurse on the Labour and Delivery unit at CMC.

During her time as a RN, Monique obtained her Master of Science in Nursing from Rutgers University in 2015. She holds the dual certification as a Women’s Health Nurse Practitioner and Certified Nurse Midwife.

Monique is a member of Sigma Theta Tau Nursing Honor Society, as well as the National Association of Nurse Practitioners in Women’s Health.