99.0% Patient Satisfaction based on 39 ratings 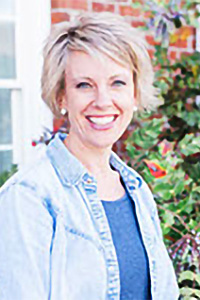 Nan Nussman, a board-certified Family Nurse Practitioner and native of Western NC, received her Associate’s Degree in Nursing from Haywood Community College in 2000 where she was voted Outstanding Nursing Student by her peers. She then began working in the surgical ICU at the VA Medical Center where she stayed until 2002. Her career with Biltmore Ob Gyn started in 2002 when she was initially hired as a phone triage nurse. While continuing to work at Biltmore Ob Gyn, she obtained her Bachelor of Nursing Degree from East Tennessee State University in 2006. Pursuing her degree further, she obtained her Master of Science in Nursing from Western Carolina University in 2009 where she was voted Outstanding Nurse Practitioner by the Western Carolina faculty. Nan officially joined our provider staff later that same year. She and her husband Scott are living and raising their two children in Haywood County.