97.6% Patient Satisfaction based on 877 ratings 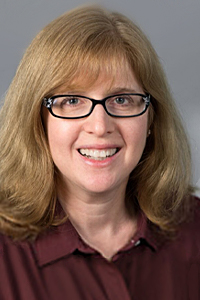 Nicole P. Pilevsky, MD, FACOG, is a fully licensed gynecologist serving the women of Greater Baltimore at Capital Women’s Care in Fulton, Maryland. She strives to help women find and maintain comprehensive wellness, and has specialized training and interest in the management of abnormal uterine bleeding and Pap smears, contraception, and laparoscopic surgery.

Dr. Pilevsky graduated with honors from Washington University in St. Louis with a bachelor’s degree in English literature. She earned her doctorate of medicine from the Medical College of Pennsylvania, where she was inducted into Alpha Omega Alpha medical honor society. Dr. Pilevsky completed her residency in obstetrics and gynecology at the Hospital of the University of Pennsylvania in 1997.

For four years, she was a member of the OB/GYN department at the University of Medicine and Dentistry of New Jersey in Newark and the Robert Wood Johnson Medical School in New Brunswick, New Jersey. During her tenure at the latter, Dr. Pilevsky became the interim chief of the general division of obstetrics and gynecology and garnered several teaching awards.

In 2003, Dr. Pilevsky moved to Columbia, Maryland with her family, then joined Capital Women’s Care in 2004. Since 2011, she has limited her practice to gynecologic care. Dr. Pilevsky is board-certified by the American Board of Obstetrics and Gynecology and is a fellow of the American College of Obstetricians and Gynecologists (FACOG). Dr. Pilevsky and her husband have three sons who keep them very busy. She also enjoys outdoor activities, traveling and spending time with family.