95.8% Patient Satisfaction based on 346 ratings 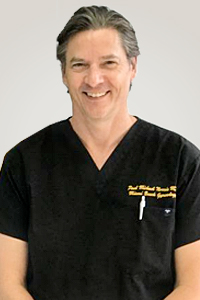 Dr. Paul Norris is an established and highly skilled physician with over 27 years of experience in obstetrics and gynecology. He is well regarded in the South Florida community, earning numerous accolades for his quality and patient centered care.

Dr. Norris served as Medical Director at Jackson North Maternity Center for over four years. He then established a successful OB/GYN practice at the University of Miami Medical Center. For over 20 years, Dr. Norris also served as an Assistant/Associate Professor of Clinical Obstetrics & Gynecology at the University of Miami where he developed and directed numerous courses and received multiple teaching awards:

Dr. Norris has been widely published in peer review journals on many subjects, including female reproductive systems, hormone therapy, HIV, and substance abuse. His work has been recognized by CREOG (Council on Resident Education in Obstetrics and Gynecology) and ACOG (American Congress of Obstetricians and Gynecologists).