99.2% Patient Satisfaction based on 232 ratings 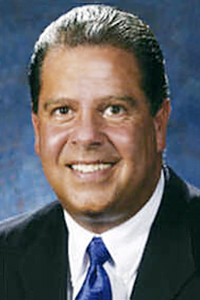 The Center for Advanced Gynecology & Aesthetics

Dr. Peter Casella is a Board Certified Obstetrician/Gynecologist practicing in Central Florida for over 30 years. He earned his medical degree from the University of the State of New York and completed a four year residency program in OB/GYN at The Brooklyn Hospital in New York.

Dr. Casella performs a wide range of minimally invasive laparoscopic procedures including hysterectomy, bladder repair and removal of fibroids. Each procedure offers minimal discomfort and decreased recovery time. In addition, Dr. Casella was the first surgeon in the state of Florida to perform the Solyx Sling, an outpatient procedure for urinary stress incontinence. He offers a variety of In-Office procedures to avoid the expense of hospitalization.

Dr. Peter Casella is a diplomat of the American Board of Obstetrics and Gynecology and a Fellow of the American Congress of Obstetricians and Gynecologists. As an ACOG Fellow, Dr. Casella believes in providing the highest quality healthcare, and offers the latest treatments and techniques for his patients. Throughout his 30 years of service, he has held a variety of leadership positions at numerous hospitals in Central Florida such as: