97.6% Patient Satisfaction based on 445 ratings 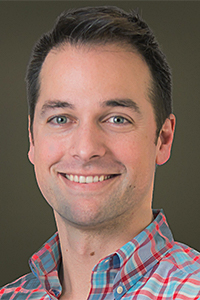 Dr. Deibel grew up right here in Raleigh, NC. He is proud to be a Double Deacon, having received both his undergraduate and medical degrees from Wake Forest University. He will accept fans of other ACC schools though, as his father attended NC State and his sister went to UNC. However, Duke alumni will be handled on a case by case basis. He traveled to Chicago for residency where he trained at Northwestern Memorial Hospital, and then joined Arbor ObGyn (previously Atrium ObGyn) in 2013.

Dr. Deibel lives in Raleigh with his wife and three children.

“I am thrilled to be practicing in my hometown. And I feel fortunate to be a part of such a wonderful practice at Arbor. The practice has a unique balance of providers who are enjoyable to interact with on both a professional and personal level.”

While providing comprehensive care to women in all stages of their lives, Dr. Deibel has specific interests in obstetrics and management of abnormal uterine bleeding. He is prepared to offer the entire spectrum of treatment options including medical management, in-office procedures, and inpatient surgery. An additional focus of Dr. Deibel is minimally invasive surgical techniques, including da Vinci robotic surgery.

In his spare time, Dr. Deibel enjoys spending time with his family, and enjoying the outdoors with their labradoodle.

Dr. Deibel is the current chairman of the Rex Hospital Department of Obstetrics & Gynecology. His is also Board Certified and a Fellow of the American College of Obstetricians and Gynecologists.