91.4% Patient Satisfaction based on 755 ratings 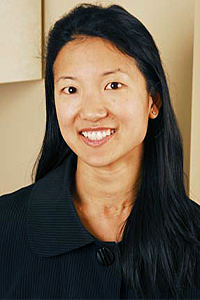 Dr. Phoebe Mou Sun joined Women’s Health Associates in 2002. She is board certified in obstetrics and gynecology and is on the staff of Northside Hospital. She specializes in high risk obstetrics, recurrent pregnancy loss, and less invasive surgical techniques such as hysteroscopy, endometrial ablation and laparoscopic treatment of ovarian pathology.

Dr. Sun belongs to various professional organizations and has had a number of publications in medical and scientific journals including the American Journal of Obstetrics and Gynecology.

Dr. Sun was born and raised in Columbia, South Carolina. She is proficient in Mandarin Chinese. She and her husband have two sons, and she enjoys reading, playing the piano, swimming, and going to Falcons football games.