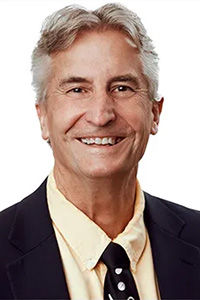 Dr. Parker and his wife, Marilyn have four children, three boys and a girl. He is an active member of the community, volunteering at the Community Care Clinic in Winston-Salem and at Ardmore United Methodist Church. In his free time, Dr. Parker enjoys his family, reffing soccer, water sports and commercial aviation flying.