97.8% Patient Satisfaction based on 247 ratings 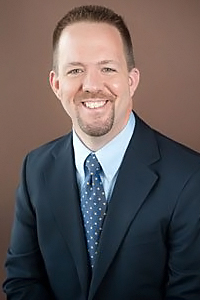 A Frisco, Texas native and Texas A&M University graduate, Dr. Burt received his medical degree from the University of Texas Southwestern Medical School in 1998. He completed his residency training in obstetrics and gynecology at the University of Texas Southwestern Medical School / Parkland Hospital. Dr. Burt joined OB/GYN North Dallas in 2002. Board certified by the American Board of Obstetrics and Gynecology, Dr. Burt maintains his appointment as clinical professor of obstetrics and gynecology at UT Southwestern. He serves on numerous hospital committees, including the Credentials, Surgical Services, and Peer Review committees. His areas of interest include complicated, high-risk pregnancies and operative gynecology including da Vinci robotic surgery. He is the current chairman of the Obstetrics and Gynecology Department at Texas Health Presbyterian Hospital Plano. Dr. Burt is an avid fly fisherman and outdoorsman. He enjoys spending his time with his wife and two children. He is also fluent in Spanish.