94.8% Patient Satisfaction based on 385 ratings 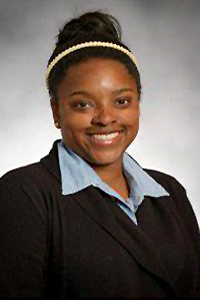 Dr. Renee Thomas-Spencer provides obstetric and gynecology services to patients in Mount Airy and Frederick, Maryland. She is an experienced physician and a member of the staff at Capital Women’s Care.

Dr. Thomas-Spencer earned a bachelor’s of science degree in biology from the University of Maryland, College Park, where she graduated in 1993. Dr. Thomas-Spencer also served in the 2290th United States Army Reserves Unit during the Desert Storm War in 1991.

After receiving her undergraduate degree, Dr. Thomas-Spencer went to medical school at Howard University College of Medicine, where she graduated in 1999. She completed her residency training in Obstetrics and Gynecology at Morehouse School of Medicine and Grady Memorial Hospital in 2003.

Dr. Thomas-Spencer is married and has 1 daughter. She grew up in Frederick, Maryland, and she is excited and proud to be practicing medicine in her hometown.