97.8% Patient Satisfaction based on 9 ratings

Richard Cutting
4.89
Based on 9 ratings 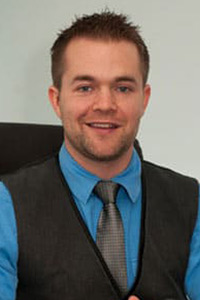 Dr. Richard Cutting resides in Stafford Springs, Connecticut. After undergoing multiple surgeries for a sports related injury, Dr. Cutting was told he would be forced to live the rest of his life on pain medication. Deciding to take further action, Dr. Cutting turned to chiropractic to find a better way to manage his injuries. After experiencing the dramatic differences from Chiropractic care, Dr. Cutting decided he wanted to pursue his own career as a chiropractor.

Dr. Cutting attends quarterly conferences to further his education in areas such as sports, nutrition, extremity adjusting, pediatrics and neurology. Dr. Cutting is also an active volunteer for the Dan Orlovsky Foundation. Dr. Cutting has treated high profile clients including professional MMA fighters, NFL players, Division 1 college athletes, and the Average Joe! In his spare time he likes to stay active with all sports and exercise, spend time at his lake houses in Northern New England, and hike with his beagle Rocky.

After working in several different clinics, Dr. Cutting decided to move back to the area in which he grew up to open Cutting Edge Chiropractic in Tolland, CT.

Facebook
Twitter
Youtube
Close
Sort options
Search filters
Service type
Reviewer
How we do it Why you can trust our reviews Find a provider
Active filters: Click X to remove any filter or reset all
All filters are off. Customize your search by using the sidebar options below.
Richard Cutting, DC Reviews (4)
03/22/2019

Articulate and clear in what's being adjusted and why.

There has been a huge decrease in my back and shoulder pain in just 3 visits.

Friendly and knowledgeable staff and, I feel better! My mobility now compared to when I started is probably a 90% improvement and my level of pain has also improved significantly.