97.4% Patient Satisfaction based on 31 ratings

Robert Gustofson
4.87
Based on 31 ratings 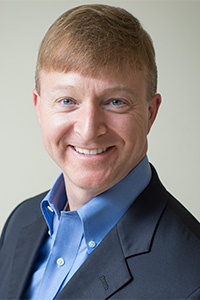 Robert L. Gustofson, M.D., a Board Certified Reproductive Endocrinologist, joined the Colorado Center for Reproductive Medicine medical team in 2006. He completed his medical training at the University of Florida in Gainesville, Florida in 1999 and conducted his residency as the administrative Chief Resident in obstetrics and gynecology at the University of North Carolina Hospitals in 2003.

He then pursued a subspecialty fellowship in reproductive endocrinology and infertility at the National Institutes of Health in Bethesda, Maryland. In addition, he served as a Clinical Instructor in the Department of Obstetrics and Gynecology at the Uniformed Services University of the Health Sciences from 2003 – 2006.

During his training, he received multiple scholarships for academic and clinical achievements; numerous awards for medical student and resident education; and recognition for excellence in clinical research. Dr. Gustofson has been named Castle Connolly 2021 Top Doctor in Reproductive Endocrinology.

He remains actively involved in clinical research to advance the field of Reproductive Endocrinology and Infertility. Dr. Gustofson has published several peer-reviewed journal articles on novel ovarian stimulation protocols and endometriosis. Additionally, he has presented at national meetings on a wide variety of topics including ovarian hyperstimulation syndrome and clinical predictors of assisted reproductive technology success.