98.2% Patient Satisfaction based on 379 ratings 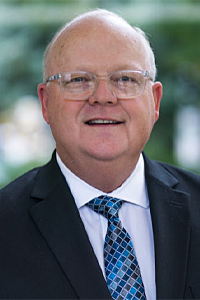 Robert Littleton, M.D. attended the University of North Carolina as a John Motley Morehead Scholar after which he received his medical training at the University of North Carolina School of Medicine. He and his wife, Becky, then moved to Winston-Salem where he completed his residency in Obstetrics and Gynecology. They have since resided in Raleigh, NC where Dr. Littleton continues his medical practice with particular interest in women’s health, osteoporosis, laparoscopic surgery and high-risk obstetrics.

He has served as the President of the Medical Staff at Rex Healthcare, multiple roles on the Executive Committee of the North Carolina OB/GYN Society including President, and was named the 2000 Wake County Physician of the Year by Occoneechee Council, BSA. Outside of medical practice, Dr. Littleton speaks to medical and lay audiences on the topics of osteoporosis and hormone replacement therapy. He enjoys fishing, travel, camping and scouting activities. The Littletons’ have 3 children.