98.2% Patient Satisfaction based on 58 ratings

Robert Steer
4.91
Based on 58 ratings
Value for the price 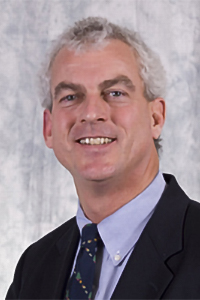 Dr. Robert Steer lives with his wife, Sheila, two sons, Henry and Robert, and their dog, Fenway in Bernardsville, NJ. He graduated from Amherst College with a BA with Honors in Neuroscience. He graduated from Cornell University Medical College in New York City and received three awards:

Dr. Steer did his residency in OB/GYN at The New York Hospital – Cornell Medical Center, where he was a Chief Resident. He has been an Attending physician at Morristown Medical Center since 1990. He is also an assistant Clinical Professor of The Mount Sinai School of Medicine in New York.

He has been a member of:

Dr. Steer loves to teach medical students and residents. He earned a Physician Recognition Award for Outstanding Participation in MMH Department of OB/GYN Resident and Medical Student Teaching Programs. Dr. Steer has also researched, written and given many Grand Rounds Presentations including “An Evidence-Based, Standardized Protocol for the Safer Administration of Oxytocin in this Era of Patient Safety,” and “An Evidence-Based, Massive Transfusion Protocol to Improve Safety in the Hemorrhaging OB Patient.”

Dr. Steer has served as a member of several Departmental and Hospital Committees: