94.0% Patient Satisfaction based on 109 ratings 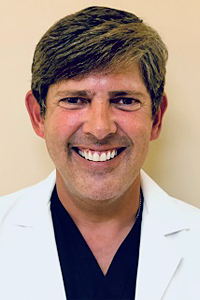 Dr. Rolando Gomez Jr. is a Board Certified OB/GYN practicing in South Florida for 24 years.

Dr. Gomez received his Medical Degree at age 23 from the University of Miami and completed his residency in OB/GYN at Jackson Memorial Hospital in Miami where he was inducted into Alpha Omega Alpha, one of the most prestigious medical honor societies in the country.

He has lectured nationally and internationally on topics ranging from minimally-invasive gynecologic surgery to high-risk obstetrics and has been featured several times on the Discovery Health Channel and local news.

Dr. Gomez’s areas of expertise include management of abnormal uterine bleeding, alternatives to hysterectomy, and minimally-invasive surgery for gynecologic diseases.

His professional passion is obstetrics, especially high-risk pregnancies. He made the decision to become an OB/GYN after he saw his first birth at age 16. Even after delivering thousands of babies, his love of taking care of mothers, babies, and families has only continued to grow.

Dr. Gomez has been a Fellow of the American College of OB/GYN and certified through the American Board of Obstetrics and Gynecology for over 20 years and has been actively involved in several women’s health initiatives throughout the years.

His dedication to his profession, his patients, his family, and his faith form the foundation on which Dr. Rolando Gomez Jr. continues to live and work.