94.2% Patient Satisfaction based on 24 ratings

Roopa Duggal
4.71
Based on 24 ratings
Value for the price 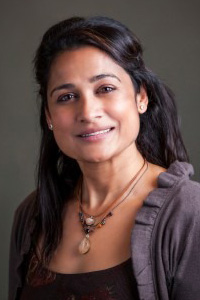 Roopa Duggal, M.D., founded Loudoun Women’s Health in fall of 2004, in 2012 she merged practices with Chauncey Stokes, M.D. and in the Summer of 2021 she started the next chapter in her career and became a part of the Capital Women’s Care family. Dr. Duggal was born in NY and raised in Northern Virginia. For her undergraduate education, she attended the University of Virginia where she received a BA in Chemistry with a specialization in Biochemistry. Dr. Duggal then completed both her medical degree and Obstetrics and Gynecology residency through the George Washington School of Medicine program in affiliation with Inova Fairfax Hospital in Fairfax, VA and Holy Cross Hospital in Silver Spring, MD.

Throughout her training and career, Dr. Duggal has volunteered her time and expertise to a number of institutions both at home and abroad. Some of her work includes teaching at-risk middle school children through the Higher Achievement Program in Washington, DC, volunteering with the Red Cross in Salamanca Spain, and working with Mother Teresa’s Center for Orphaned Children (Shishu Bhavan) and Free Clinic (Khalighat) in Calcutta, India. She also does health presentations for the middle school girls at Loudoun Country Day school and is a volunteer medical doctor at a sleep away summer camp she attended as a child in Rochester, NY (Hindu Heritage Summer Camp).

Dr. Duggal chose the field of Obstetrics/Gynecology because of her compassion towards women and children. She adheres to the principle that health is “a complete state of physical, mental, and social well-being and not merely the absence of disease or infirmity”(WHO, 1948) and it is her strong belief that it is the right of every woman to receive competent and high quality healthcare. As is often the case here and around the world, many women do not have a voice or decision-making power when it comes to their own bodies, and therefore Dr. Duggal is committed to raising the voices of women and providing compassionate care. She strives to provide an environment where women are cherished, heard, and encouraged to flourish.

Dr. Duggal has been inspired to make a difference in the lives of Loudoun Women in part by people who have touched her life. First and foremost her father, who taught her to never hurt anyone or anything, but instead to help everyone and everything, and taught her to be patient. “It will happen if it is supposed to.” Also Mother Teresa, who she was able to spend a summer helping her mission. She would like to conclude with this story, told to her by a friend, which clearly expresses the single most important reason of why she dedicates her life to medicine: One summer morning, after a severe storm the night before, a young boy and his grandfather were walking along the beach. The storm had washed thousands and thousands of starfish on the beach. They were strewn helplessly on the beach for miles, and were dying. Quickly, the little boy began picking up starfish and throwing them back into the water. The grandfather, somewhat puzzled, asked the boy, “What are you doing? There are so many starfish, it won’t matter if you throw some starfish back into the water.” The little boy picked up another starfish, glanced down at it for a moment, and replied, “It makes a difference to this one,” and then gently tossed it back into the ocean.

As an Obstetrician/Gynecologist Dr. Duggal is able to pursue her passion in educating, guiding and providing services to influence positive outcomes for mothers, their children, and to adolescents and women of all ages.

Facebook
Twitter
LinkedIn
Youtube
Instagram
Close
Sort options
Search filters
Service type
How we do it Why you can trust our reviews Find a provider
Active filters: Click X to remove any filter or reset all
All filters are off. Customize your search by using the sidebar options below.