83.8% Patient Satisfaction based on 88 ratings 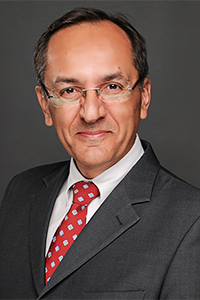 Graduate from the Central University of Venezuela Luis Razetti School of Medicine. He did his residency in Obstetrics and Gynecology and Maternal-Fetal Medicine fellowship at Yale University. He is internationally known for his pioneering work in Fetal Therapy.

Using the principle of limiting fetal intervention to minimal-invasiveness, Dr. Quintero developed all of the necessary tools and instruments, surgical techniques and disease classifications that guide the treatment of many fetal conditions today.

Dr. Quintero has over 20 years of experience in the management of complicated pregnancies and has performed more than 1000 fetal surgeries. Dr. Quintero has had a productive academic career, including the publication of the Quintero Staging System which is used in the assessment of patients affected with Twin-Twin Transfusion Syndrome. He is the editor of the first book on Twin-Transfusion syndrome, as well as the book on Diagnostic and Operative Fetoscopy.

Dr. Quintero has had hundreds of international presentations and has been featured in the media, including The New York Times, Washington Post, Der Spiegel, El Pais, ABC news, CBS news, Good Morning America and other media services.

Dr. Quintero has trained fetal surgeons around the world, including South America, Australia and Europe.