96.6% Patient Satisfaction based on 389 ratings 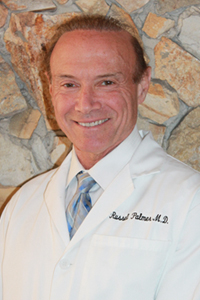 After completing his general surgical training at Beth Israel Hospital, a Harvard University teaching hospital, Dr. Palmer moved to California, where he completed his Plastic Surgery Residency at the UCLA Medical Center. Following his graduation from UCLA in 1987, Dr. Palmer completed a microsurgical and hand surgery fellowship and served as Clinical Assistant Professor in the Division of Plastic Surgery at UCLA in 1988.

Once completing his time at UCLA in 1988, Dr. Palmer moved to Hollywood, Florida, where he started his private practice. When he arrived in the Hollywood-Fort Lauderdale area, Dr. Palmer brought to the medical community the newest techniques in the management of facial trauma and in immediate and delayed breast reconstruction. Along with starting his practice, Dr. Palmer also started the Department of Plastic Surgery at Memorial Regional Hospital where he served as chief of that department from 2001-2007. He has served as president of Broward County Society of Plastic Surgeons from 1997 to 1998, 2002 to 2004 and 2011 to 2013.

For the last 20 years, Dr. Palmer has focused his high-quality training to bring many different and important benefits to his patients. He was one of the first plastic surgeons in the country to combine facelifts with full face laser resurfacing and is widely known and respected for producing outstanding results with minimal pain and fast post-operative recoveries.