92.2% Patient Satisfaction based on 18 ratings 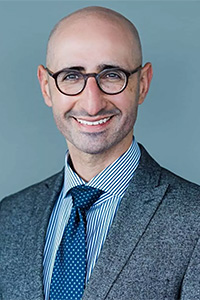 Dr. Wael Salem is dedicated to bringing the most current and evidence-based medicine to patients. Underlying his scientific and academic background is a belief that shared decision-making is central to any successful care plan.

He is Board-Certified in Reproductive Endocrinology and Infertility and in Obstetrics and Gynecology. His research publications and interests include fertility for cancer patients, PCOS, fertility preservation (egg freezing) and preimplantation genetic testing for hereditary genetic diseases. Dr. Salem joined CCRM Minneapolis in 2018 and relocated to the Bay Area in 2021. While in Minnesota, he trained residents in Obstetrics and Gynecology and was an adjunct Assistant Professor at the University of Minnesota.

In addition to presenting his research at prestigious medical conferences around the globe, Dr. Salem has authored numerous publications for notable peer-reviewed journals. He is currently on the editorial board for Human Reproduction. He was recently named a Minneapolis/St. Paul Magazine “Rising Star” and a 2021 Castle Connolly Rising Star.

He is fluent in Arabic, French and conversational in Spanish. In his spare time, he enjoys playing tennis, hiking, traveling and trying new cuisines.