Salvatore A. Lopresti, DO

97.4% Patient Satisfaction based on 534 ratings

Salvatore Lopresti
4.87
Based on 534 ratings 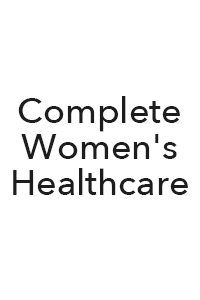 About Salvatore A. Lopresti:

Salvatore A. Lopresti, OD is an OB/GYN with Complete Women's Healthcare in Garden City, NY.

Close
Sort options
Search filters
Service type
Reviewer
How we do it Why you can trust our reviews Find a provider
Active filters: Click X to remove any filter or reset all
All filters are off. Customize your search by using the sidebar options below.
Salvatore A. Lopresti, DO Reviews (111)
05/11/2021

Front desk staff very kind, efficient and well mannered and caring. Accommodating as I asked if I could wait outside prior to being seen and they agreed to call me when my turn came. Made eye contact and was personable. Doctor Sal is great. Treats patient with respect. Explains things very clearly. Calming and very nice.

Dr. Lopresti has been my doctor for many years. He is not only the nicest man, he is also very calming and reassuring. He is a wonderful doctor who I sincerely trust and appreciate.

Dr. Lopresti is so warm and inviting. He answered my questions without making me feel rushed.

Caring and compassionate as always

Dr. LoPriesti is so patient, kind and thorough. A great Doctor.

The office and staff are always professional & kind. The Doctor is always attentive & pleasant.

My concern was unusual but Doctor Lopresti validated my concern, suggested follow up at my next checkup and reassured me. He has always been personable and I like that the most about him.

Great staff. No long waits to be seen.

Short wait time this time around, personalized exam and personalized consultation after the exam. All questions/concerns answered and discussed in detail, not rushed even though discussions were outside of scope of annual exam.

Dr. LoPresti is the best doctor. His staff handled the check-in quickly and efficiently.

I called when I got to the parking lot, was told to enter the office. I was greeted by the receptionist who was friendly, waited less than 10 mins after completing my paperwork to be moved to an examining room, waited less than 10 mins to be seen by Dr. Lopresti who is always so friendly and makes me feel like I am the only person he needs to see that day and is never rushed or rushing me.

Dr Sal always makes me feel so comfortable. He asks all the questions without making you feel uncomfortable.

Sal is the best!

I have been going to Dr. Sal Lopresti for over 15 years and he is wonderful, patient and kind and his staff is wonderful too.

DR. LOPRESTI IS THE BEST!

Dr Lopresti is the best. He is patient, his bedside manners are excellent.

Always a smooth quick visit with Dr. Sal and his team.

I felt a sense of relief when I left the office.

Dr. Lopresti is very easy to talk to and made me feel very comfortable.

I am a long-time patient of the group. While I started with Dr. Dilena, once my children were born I switched to Dr. LoPresti since it was easier to make an appointment with him based on my availability. He is and has always been fantastic, as is Dr. Dilena.

I've been a patient of Dr. Lopresti for about 10 years. His office staff is always so welcoming and professional.

I am always satisfied with my visits to this doctor.

Once I was in the exam room I did not have to wait long at all.

I never feel rushed, always feel like I'm being heard.

The doctor was very kind and thorough.

Dr. Lopresti has the best bedside manner of any doctor I have ever seen. He makes you feel comfortable and never seems rushed. He is also very knowledgeable and I trust him completely!

Dr. Lopresti is very professional and personable. Also, I didn't have to wait long.

The office was more disorganized than I have ever seen. The medical assistants were obviously frustrated as their conversations were easily overheard. Denise was doing an amazing job trying to organize and keep things running as smoothly as possible but it was obviously a tough day. My visit with Dr. Lopresti was up to the typical standards of the office.

Dr. Lopresti always provides patient-centered care. I am confident that he has my best interests at heart.

Dr. Lopresti is friendly and efficient at every appointment.

Dr. Lopresti always takes time to answer any questions. Have been going to him for years and he is great.

Dr. Lopresti always has a personable demeanor and is caring with his patients. I never feel like I am being rushed during my visit.

Appointment was prompt; Dr. Lopresti is very professional and friendly.

Dr. Lopresti is a wonderful doctor. Very thorough and understanding.

Dr. Lopresti is very professional and takes the time to talk to you about your concerns. He's the best!

The staff is always very friendly and I always feel I leave with information.

Have been going to Dr. LoPresti for years, he is very caring and listens to all of your concerns.

I have been a patient of Dr. LoPresti for nearly 15 years. He is professional, yet warm and caring and I always feel assured regarding my health following my appointment(s) with him.

Doctor was extremely compassionate about my surgery. Know I had it done for health reasons. Very kind and made me laugh.

They got me seen right away and I was grateful!

Minimal wait time - I was in and out of the office in under thirty (30) minutes. Love Dr. LoPresti!

This appointment was made in a timely manner. My previous attempt to take care of this issue was unsuccessful.

The doctor was kind and has great bed side manner

Not a long wait. Dr. LoPresti was great, as always. As always, took the time to speak to me after the exam.

The office always so helpful and knowledgeable when you call for anything.

Everyone was nice and welcoming. The doctor was informative.

This was my first time meeting Dr. Lopresti and he didn't even say hello. He immediately started asking questions about my issue and proceed to untie my gown without asking me. At one point he called me a "kid" which I didn't appreciate it. I was too shocked to say anything in the moment or during the brief meeting I had with him in his office.

Explained everything he was doing. Was able to answer my questions on menopause.,

I have always been very happy here. All the Doctors and staff are amazing.

Dr. Lopresti is kind, patient and very personable. I have been with him for years and would suggest him to every and any woman looking for an OB/GYN.

I was seen right away and as usual had a good visit with the doctor.

Dr. LoPresti has an excellent bedside manner and all the staff are great.

The check in was quick. The staff is always approachable and friendly. Dr. Lopresti is always professional and easy to talk to.

I called because I was in pain from what I assumed was a UTI, still have no idea what the results actually were. I came in during my lunch break to do a urine analysis and was told I would get a call. 24 hrs went by no call so I called and when I spoke to a lady she was confused as to why my antibiotic was not called in. I assume she called it in but to escript and had I not broke down explaining the pain i was in on the phone with the escript rep i was going to have to 3 more days to get the script."

All the staff was very nice. Dr. LoPresti always takes his time with his patients and listens!

I did not have to wait long to be seen. The appointment was fast yet thorough, and my questions were answered.

Easy to talk to and understand. Patients feel welcome to be part of the practice.

I showed up on the wrong night for my appointment with Dr. Miller. Dr. Lopresti squeezed me in because I live an hour away. He did my exam quickly and answered all of my questions about possibly having another baby. We also spoke about the delivery of my son last June, which he remembered, and that felt special!

Every doctor is very thorough and makes me feel comfortable!

He listened to my concerns, informative.

Felt very comfortable and left the office with a good game plan.

Dr. Lopresti is a great doctor.

On time, efficient and pleasant.

I've been a patient of Dr. Lopresti for over 10 years and feel very comfortable with him as my doctor.

I have known Dr. Lopresti for years. Very knowledgeable and professional.

[Highly satisfied with] Dr. Lopresti's bedside manner and how informative he is with everything.

There isn't much of a wait time to be called in. Dr. Lopresti is awesome, quick and precise.

Dr. Lopresti is a great doctor with amazing bed side manner. He is knowledgeable and makes you feel at ease.

I had a few questions and he answered all of them. Didn't feel rushed at all and explained next steps going forward.

He always makes you feel at ease and understand exactly what's going on.

Dr. Lopresti is very grounded, calming, and has a good sense of humor.

I love the doctors at this practice. They are very professional and I feel comfortable seeing all of them. Haven't had any issues and they are always ready to answer questions and concerns I may have.

I feel comfortable with Dr. Lopresti, he is easy to talk to and I trust his medical knowledge. I have never walked out of the practice without answers to any questions or concerns I have. The staff are pleasant, the wait time is short and my visit is thorough.

Dr. Lopresti is the best OBGYN. I am very comfortable going there. The staff is super nice. The nurses are great.

Friendly staff. Dr. Lopresti kind and informative. He took the time to talk to me for a few minutes after examination.

The doctor took time to answer my questions.

Dr. Lopresti is the best! Takes the time to listen and talk over any questions/issues. Really cares about his patients!

Dr. Lopresti takes time out to talk to you.

Dr. Lopresti is kind and helpful always. He doesn't just treat you like another patient. He talks to you and makes you feel comfortable.

The process moved quickly but was still thorough.