94.4% Patient Satisfaction based on 346 ratings 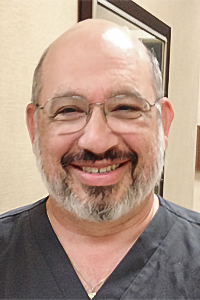 Samuel Falzone, M.D., FACOG is a board-certified obstetrician and gynecologist in Florida. Dr. Falzone sees patients in the Wellington office of OB/GYN Specialists of the Palm Beaches.

For the past 11 years, Dr. Falzone has been practicing obstetrics and gynecology. His interests include Advanced Laparoscopic and Hysteroscopic Surgery, da Vinci Robotic Surgery as well as Obstetrical care.

Dr. Samuel Falzone is involved in many professional organizations:

Dr. Falzone and his wife have five children and live in Wellington. He enjoys cooking and soccer.