97.2% Patient Satisfaction based on 7 ratings

Scroll down to read and filter verified real patient reviews for Sarah Sheikh, DO, FACOG . You can also learn more, see locations, or contact Sarah Sheikh right here at RealPatientRatings®. 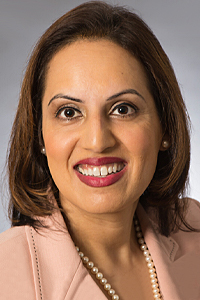 Dr. Sarah Sheikh is a board-certified Obstetrician and Gynecologist since 2010, and is also a Fellow of the American College of Obstetricians and Gynecologists. She was born and raised in Upstate New York. She majored in Microbiology and graduated on the Dean’s List at University of Rochester in Rochester, New York. She received her medical degree from the New York College of Osteopathic Medicine in Old Westbury, New York, and completed her Obstetrics and Gynecology Residency from Hahnemann University Hospital of Drexel University in Philadelphia, Pennsylvania in 2007.

After joining a private practice in central New Jersey right after residency, she then moved to the DC metropolitan area in 2012 to join her husband. Dr. Sheikh lived in Alexandria, Virginia for seven years and worked with Medstar, as well as Mid-Atlantic Permanente Medical Group, before moving recently to the Howard County area. Dr. Sheikh has a special interest in Reproductive Endocrinology and Infertility, as well as menstrual disorders such as Polycystic Ovarian Syndrome. In the past, she has received honors and recognition in residency for teaching medical students and residents. She is a proud mother of two young daughters.

She enjoys music, playing tennis, traveling, and spending time with family in her spare time. She is accepting new patients, and is both eager and excited to join the Capital Women's Care family.

Facebook
LinkedIn
Instagram
Close
Sort options
Search filters
Service type
Reviewer
How we do it Why you can trust our reviews Find a provider
Active filters: Click X to remove any filter or reset all
All filters are off. Customize your search by using the sidebar options below.
Sarah Sheikh, DO, FACOG Reviews (3)
02/18/2021

Dr. Sheik listened intentionally to all of my questions & concerns, and I felt heard & understood.

All of the staff was very nice and informative!

She was very understanding, informative and answered all my questions. She made me feel very comfortable.