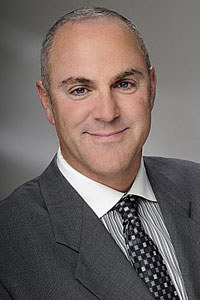 Dr. Sean Lille is a board certified plastic surgeon in Scottsdale, Arizona. As one of the top plastic surgeons in the area, Dr. Lille works to make the process of plastic surgery as effortless as possible for his patients. He gives his patients his undivided attention and discretion, so that they are fully comfortable in their environment and so that there are no surprises about the steps that will be taken when moving forward through the surgical process. Dr. Lille can then help his patients successfully achieve their surgical goals through a beautiful new appearance and a better lifestyle.

Dr. Lille grew up in Arizona, where he attented Brophy Prep. He graduated Summa Cum Laude with a Bachelor of Arts from Cal-Berkeley and received his MD from the University of Arizona. Dr. Lille completed his Residency in General Surgery at the University of Washington, where he was also a Research Fellow in the Department of Vascular Surgery. He completed his Residency in Plastic Surgery, which also included a Plastic Burn Fellowship, at Southern Illinois University Medical Center. Dr. Lille's Aesthetic Plastic Surgery Fellowship specializing in Cosmetic Surgery is what brought him into the Mayo Clinic Scottsdale where, following his aesthetic fellowship, he served as an associate in the Department of Plastic Surgery.

Dr. Lille has recieved many awards for his services in plastic surgery, including being named Top Plastic Surgeon in 2005, 2006, and 2008 by the Consumer Research Council of America. He has also won theÂ Best of Scottsdale Award in Plastic Surgery granted to him in 2011, by the U.S Commerce Association, and he was named a Top Doc Plastic Surgeon in North Valley Magazine in 2012.

Dr. Lille is a proud member of the American Society of Plastic Surgeons. He also served as a Lieutenant Commander for the United States Naval Reserve, and was Plastic Surgery Technical Advisor for EndorCor, Inc., in Seattle, Washington.

Facebook
Youtube
Close
Sort options
Search filters
Service type
How we do it Why you can trust our reviews Find a provider
Active filters: Click X to remove any filter or reset all
All filters are off. Customize your search by using the sidebar options below.