97.8% Patient Satisfaction based on 9 ratings

Shirley Cohen
4.89
Based on 9 ratings 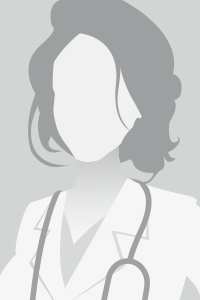 Shirley Cohen is a Certified Nurse Midwife with over 32 years experience. Shirley graduated from the college of New Rochelle with a Bachelor of Science in Nursing. Her first position was as gynecological oncology nurse at the Hartford Hospital in Hartford, CT. She then transferred to Houston, TX where she became a labor and delivery nurse.

In 1982 she began Midwifery school at Georgetown University in Washington, D.C.. In 1984 she graduated with honors and went back to Houston TX as a Certified Nurse Midwife in a very busy practice. In 1986 she returned to Connecticut and joined the faculty of Yale University. She taught midwifery students and worked in the faculty private practice where she attended her births in a out of hospital birth center.

In 1988 she assumed the position of clinical director of the midwifery service at St. Margaret’s Hospital for Women in Boston. In 1990 she founded the midwifery service at Harvard Vanguard. She recruited and led a team of 14 midwifes and other support staff in a university setting at the Brigham and Women’s Hospital. Along with her clinical practice, she was on the faculty of the Harvard Medical School and Boston University School of Public Health. She received multiple Diamond Awards for clinical excellence from Harvard Vanguard and the Public Health Midwifery Leadership Award from Boston University.

In 2000 Rebbetzin Rischel Kotler was instrumental in bringing Shirley and Dr. Bruce Feinberg to Lakewood to open Womens’ Health Associates. Shirley opened a busy obstetrical practice with an emphasis on midwifery centered care which delivered at Kimball Hospital. She won multiple awards for excellence at Kimball. Since leaving Kimball in 2010, she has been providing care for women in a private practice setting in Lakewood and Brooklyn, including Maimonides Hospital in Boro Park.