97.0% Patient Satisfaction based on 803 ratings 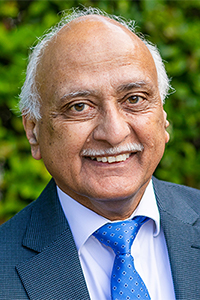 Shivakumar S. Hanubal, M.D., F.A.C.O.G., received his medical degree from Bangalore Medical College at Bangalore University in India. He has a diploma in Obstetrics & Gynecology (OB/GYN) and a doctor of medicine (M.D.) degree in OB/GYN from the University of West Indies, Kingston, Jamaica.

Having more than 38 years of diverse experiences, especially in OB/GYN, Dr. Hanubal is affiliated with UF Health Central Florida. He received his Board Certification in 1993. In addition, Dr. Hanubal is on the Board of Directors at the Central Florida Health Alliance Hospital and is a member of the North American Menopausal Society.