95.6% Patient Satisfaction based on 575 ratings 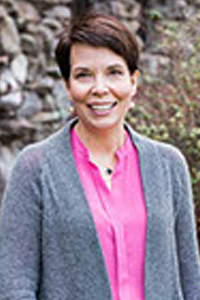 Dr. Stacey Olney, originally from East Tennessee, attended Emory University for her Bachelors in Science in Biology. She worked in women's health research at Wake Forest University after graduation and then went on to receive a Masters of Science Degree in Nutrition with a concentration in breastfeeding from the University of North Carolina at Greensboro. From there she left the South and moved to Albany, New York to attend medical school at Albany Medical School where she was inducted into the Alpha Omega Alpha honor society.

She joined the United States Navy prior to attending medical school and completed her OB/GYN residency at Naval Medical Center San Diego. She completed tours of duty as a staff OB/GYN at Naval Hospital Guam and Naval Hospital Camp LeJeune and was awarded the Naval Achievement and Naval Commendation medals for her time in service.

Dr. Olney, her husband Mark Leeson and their three children are happy to be settled in the beautiful North Carolina mountains, close to family and friends.