96.6% Patient Satisfaction based on 482 ratings 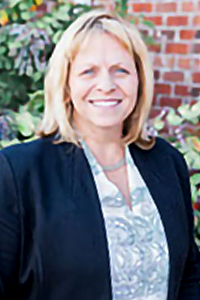 Having selected a career in obstetrics and gynecology, she headed to Texas where she completed her internship and residency at the University of Texas – Southwestern at Parkland Memorial Hospital. Her professional career began in Texas where she stayed on as an attending at Parkland for four years. She began her private practice career in Plano, Texas before moving to the Southeast.

After working with Carolina Ob-Gyn Care in Spartanburg, South Carolina, she and Dr. Saltzman founded Biltmore Ob-Gyn in 1995. Dr. Travis is Board Certified and a member of the American College of Obstetricians and Gynecologists.

Dr. Travis and her husband, Dr. Gerald Travis, a pediatric psychiatrist, live in Asheville with her two children.