92.4% Patient Satisfaction based on 164 ratings 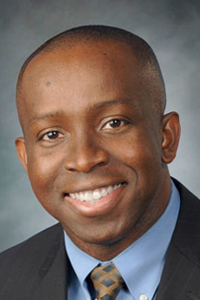 Dr. Stanley Okoro completed a rigorous five year training program in Surgery at Emory University after graduating with honors from Meharry Medical College. After his training at Emory, he joined the US Navy and served as the Chief of General Surgery at the US Naval Hospital Great Lakes for four years.

After Navy General surgery, he proceeded to complete an additional three year training program in Plastic & Reconstructive Surgery at the University of Texas Health Science Center, San Antonio. While are UT San Antonio, Dr. Okoro was specially trained by many famous surgeons in the most current cosmetic surgery and non-surgical procedures.

Dr Okoro returned to active duty in the Navy after successfully completing his plastic surgery training. Achieving the rank of Commander, he served as the Chief of Plastic and Reconstructive Surgery at our “President’s Hospital”, the world famous National Naval Medical Center, Bethesda Maryland. While at Bethesda, received the majority of Marine and Navy casualties from the Iraq and Afghanistan conflicts.

While at Bethesda, the headquarters of the National Capital Area Breast Care Center, he established and directed the micro-vascular breast reconstruction surgery. Dr Okoro has performed countless primary and revision cosmetic procedures for these men and women. He single handedly sustained reconstruction of war injured service men and women, while providing both aesthetic and reconstructive service to eligible dependents. He also served as an Assistant Professor of Surgery at Uniformed Services University of the Health Sciences, Bethesda MD.