98.2% Patient Satisfaction based on 11 ratings 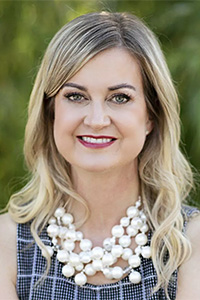 Dr. Dahl received her undergraduate degree from North Dakota State University and her medical degree from the University of North Dakota School of Medicine. She completed her residency at St. Joseph Mercy Hospital in Ann Arbor, Michigan, where she received the Resident Teaching Award and was the four-time recipient of the CREOG Award, which is given annually to the resident with the highest national CREOG exam score. While living in Ann Arbor, she enjoyed attending the University of Michigan football games and completed her first marathon. After her residency, she completed her fellowship in reproductive endocrinology and infertility at the University of Cincinnati College of Medicine, where she received a grant from the National Institute of Health for her research.

In addition to presenting her research findings and speaking at prestigious medical conferences around the nation, Dr. Dahl has authored numerous publications for notable peer-reviewed journals, including Fertility and Sterility, Reproductive Science, and the Journal of Assisted Reproduction and Genetics. In 2013, she was honored to receive the RESOLVE, The National Infertility Association, Hope Award for advocacy, and in 2018, she received an award from the American College of Obstetricians and Gynecologists for her work mentoring new ob-gyn physicians.

Dr. Dahl is an assistant clinical professor in the Department of Obstetrics and Gynecology at the University of North Dakota School of Medicine and a Girl Scout leader. In her spare time, she enjoys running, tailgating, and baking, and she loves to travel with her husband (a huge Vikings fan!) and attend sporting events of her three wonderful children.