97.6% Patient Satisfaction based on 82 ratings

Stephen Delatte
4.88
Based on 82 ratings 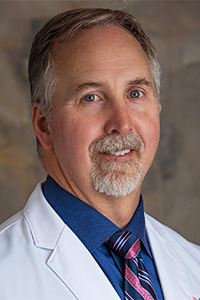 His post graduate education began with a general surgery residency at the Medical University of South Carolina in Charleston and included two years of pediatric cancer research. During his general surgery training, Dr. Delatte was awarded the Max S. Rittenbury Intern of the Year for the Department of Surgery (1997), the Dabney R. Yarbrough III, MD Research Award (2000), elected into the Alpha Omega Alpha Society through resident election (2003), and served as Chief Administrative Resident in 2002-2003 for the department of surgery.

Since starting his practice in 2005, Dr. Delatte has been performing the full spectrum of cosmetic and reconstructive procedures- addressing medical issues ranging from comprehensive aesthetic rejuvenation to complex reconstruction for congenital, traumatic, and cancer related deformities.

In his free time, Dr. Delatte enjoys spending quality time with his wife and two children, as well as exploring the many outdoor treasures that make life in Louisiana a wonderfully unique experience.