98.6% Patient Satisfaction based on 441 ratings

Steven Domnitz
4.93
Based on 441 ratings
Value for the price 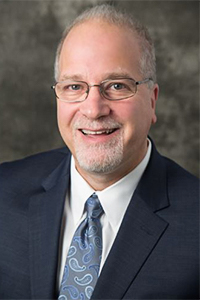 Dr. Domnitz graduated from The George Washington University School of Medicine and Health Sciences in 1986 and completed his residency training at New York Downtown Hospital. Dr. Domnitz has led the way in minimally invasive surgery in New Jersey, having performed his first Laparoscopic Hysterectomy in 1992, less than three years after the worlds first such case was performed. He continues at the forefront of minimally invasive and robotic surgery, having been featured in television and newspaper stories for the many “firsts” he’s performed over the years. Although he can be considered a local celebrity having appeared on TLC’s “A Baby Story,” and Bravo’s “Real Housewives of New Jersey,” his down to earth and friendly bedside manner make him relatable on all levels. Dr. Domnitz has a passion for teaching, giving lectures and regularly teaching his minimally invasive surgical techniques to other physicians. His professional interests include all facets of obstetrics and gynecology but he particularly enjoys treating endometriosis, fibroids and bleeding irregularities. Dr. Domnitz’s impressive resume includes holding such positions at Chilton Medical Center as the Vice Chairman of the Foundation Board of Trustees, Medical-Dental Staff President and Chairman of the Department of OB/GYN. In his free time he enjoys spending time with his wife and two grown children enjoying a variety of outdoor activities.

American Board of Obstetrics & Gynecology