99.0% Patient Satisfaction based on 147 ratings 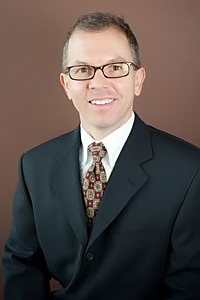 Originally from Idaho, Steven R. MacDonald, MD graduated from the University of Idaho with a B.A. in philosophy and zoology. He received his medical degree in 1993 from Northwestern University Medical School in Chicago. Dr. MacDonald completed his residency training in obstetrics and gynecology at McGaw Medical Center of Northwestern University. Dr. MacDonald joined OB/GYN North Dallas in 1999 after working for the Public Health Service on an Indian reservation in Montana. Dr. MacDonald specializes in routine and high-risk obstetrical care and gynecological care. He is board certified by the American Board of Obstetrics and Gynecology and is a Fellow of the American Congress of Obstetricians and Gynecologists. He serves on the Texas Health Presbyterian Hospital Plano committees, has been a past chair of several committees, and is current chair of the Women’s and Infants’ Committee. Dr. MacDonald resides in Dallas and enjoys spending time with his wife and three daughters.