97.8% Patient Satisfaction based on 448 ratings 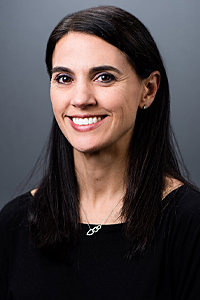 Dr. Syeda Naureen Alam is a board certified Obstetrician/Gynecologist and Fellow of the American Congress of Obstetrics and Gynecology. She received her Bachelor of Science degree in Biochemistry from the University of Maryland, College Park, in 1999. She then received her Doctor of Medicine degree from Virginia Commonwealth University in 2003. She then went on to complete her Obstetrics and Gynecology residency at Pennsylvania Hospital in Philadelphia, PA, in 2007, where she served as chief resident her senior year. Afterwards, she joined the faculty practice of Clinical Care Associates of the University of Pennsylvania Health system for three years.

Dr. Alam joined Capital Womens’ care in 2010 to be closer to her extended family. She currently has privileges at Shady Grove Medical Center< and Maryland Surgery Center for Women. She serves on the peer review committee and has received the Washingtonian Top Doc award in both 2016 and 2017. Her professional interests include general obstetrics and gynecology and caring for women through various stages of their reproductive and non-reproductive years. She resides with her husband and 3 children in Rockville, MD. In her spare time, she enjoys running, cooking, traveling, and spending time with her friends and family.