97.4% Patient Satisfaction based on 359 ratings 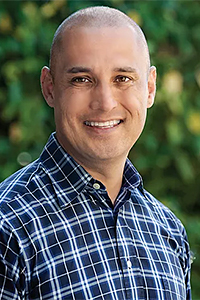 Dr. Gaddi's journey into medicine began early in his educational career while volunteering as an undergraduate. In a class unrelated to the practice of medicine, he fulfilled his volunteer work hours in an emergency room in CA. These interactions uniquely shaped his future goals. He knew early on he wanted to directly impact patients by being able to fix ailments affecting everyday life, ultimately grooming his path to help women with sensitive and troubling pelvic health issues.

With a passion for women's health in mind, Dr. Gaddi then went on to do his residency in Obstetrics and Gynecology at The Stamford Hospital, Columbia University College of Physicians and Surgeons, where he completed this phase in his career as chief resident. During his training, he received the coveted American Urogynecology Society Resident Scholar Award, boosting him to his fellowship training in Female Pelvic Medicine and Reconstructive Surgery at the University of California at Irvine where he trained with some of the most preeminent leaders in the field. He is double board certified in both Obstetrics/Gynecology and Female Pelvic Medicine and Reconstructive Surgery. His diverse training helped to springboard him into private practice, followed by service to his country in the US Air Force as the chairman of Women's Health at David Grant Medical Center. He completed his military career being awarded the Surgical Squadron Field Grade Officer of the Year and was honorably discharged as a Lieutenant Colonel.