97.4% Patient Satisfaction based on 53 ratings

Ty Swartzlander
4.87
Based on 53 ratings 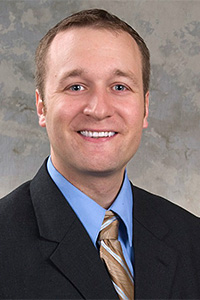 The son of a wildland firefighter and a nurse, Dr. Swartzlander was born and raised in rural California. During his early undergraduate years, he served a mission to Haiti for two years where he learned French and became fluent in Haitian Creole. Shortly after his return from Haiti, he met and married his wife, Trista. His experiences in Haiti later prompted a desire to play an active role in international medicine and global health and a strong desire to return to Haiti and provide medical aid. He studied at the University of California, Davis graduating with a bachelor’s degree in Neurobiology, Physiology, and Behavior. He was then accepted to the University of Miami, Miller School of Medicine where he received his medical degree, and was awarded the Joseph A. Descenzo award for best graduating medical student with an interest in Obstetrics and Gynecology. He then accepted a residency position at Winnie Palmer Hospital in Orlando, FL where he held many leadership positions and served as chief academic resident his final year. He gained special skills in the use of ultrasound, the management of high risk pregnancies, and received special training in minimally invasive and robotic surgery. He then moved his family to Boca Raton, FL where he began his private practice “Boca Babes OBGYN.” In addition, he serves as a Clinical Affiliate Assistant Professor of Clinical and Biomedical Sciences at Florida Atlantic University and works as an OBGYN hospitalist as Bethesda Hospital. He has privileges at Boca Raton Regional Hospital and Bethesda Hospital. He lives with his wife, Trista and their eight children in Boca Raton.