93.6% Patient Satisfaction based on 537 ratings 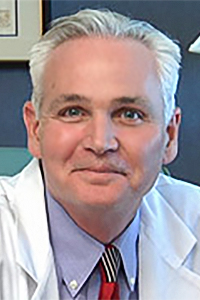 Dr. Victor Iannaccone, M.D., is board-certified in Obstetrics and Gynecology, practicing in Florida, with over 20 years of experience. His specializations include active management of labor, operative delivery, hysteroscopy and operative laparoscopy.

After completing his education, Dr. Iannaccone spent most of his OBGYN career working in Florida. He enjoys OBGYN because it has the benefits of both primary care and surgery.

"Primary care is satisfying because generally I see patients at a younger age so I can have a greater impact in their health over time. I also get the privilege of participating in couples having a family by delivering their children."

Dr. Iannaccone currently resides in the Jupiter office of the Ob/Gyn Specialists of the Palm Beaches. He also participates in the American College of Obstetrics and Gynecology.

Dr. Iannaccone has been married for 23 years to his wife, Linda who also works in the medical field as a nurse anesthetist. Together they have two daughters, Lauren who attends the University of Central Florida and Katherine who is in High School. They also have a 5 year old Beagle named Woody.