93.4% Patient Satisfaction based on 55 ratings 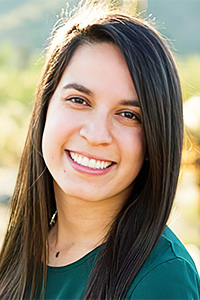 Yisel grew up in northern Utah, where she completed her double bachelor’s degrees in Zoology and Spanish at Weber State University in Ogden, Utah. She moved to Arizona in 2017 to attend Northern Arizona University’s Physician Assistant program in Phoenix. During her clinical rotations, she found her calling in women’s health and had the opportunity to join Estrella Women’s Health Center after graduating. She strives to provide care to women throughout their varying stages of life. Her first language is Spanish, which has fostered a strong desire to help Spanish-speaking individuals access care in their native language. During her free time, Yisel enjoys spending time outdoors and traveling with her husband and two dogs.