98.2% Patient Satisfaction based on 119 ratings 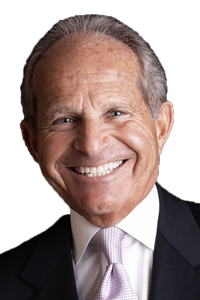 Dr. Robert Singer is a board certified plastic surgeon that has upheld his private practice in La Jolla, California since 1976. Dr. Singer offers a wide array of procedures for the face, breast, and body, as well as non-surgical treatment options. With his experience and skilled artistry, he has helped thousands of people in Southern California and has also become internationally recognized for helping others from around the world look and feel their very best.

Dr. Singer appears regularly on radio and television programs such as Larry King Live. He also has appeared in several newspaper and magazine publications and was voted by his peers as one of the Best Plastic Surgeons in San Diego by San Diego Magazine. To add on, he has been a resource for plastic surgery information to the Medical Board of California and the Congress of the United States.

Dr. Singer is a sought-after speaker who lectures to prominent surgical organizations and non-medical audiences in the United States, Europe, Asia, and Central America, including the prestigious Young Presidents’ Organization, CEO, and World Presidents Organization. Throughout his career, he has also authored many scientific publications on various aspects of reconstructive and aesthetic plastic surgery.

Facebook
Twitter
Youtube
Google+
Close
Sort options
Search filters
Service type
How we do it Why you can trust our reviews Find a provider
Active filters: Click X to remove any filter or reset all
All filters are off. Customize your search by using the sidebar options below.