93.8% Patient Satisfaction based on 410 ratings 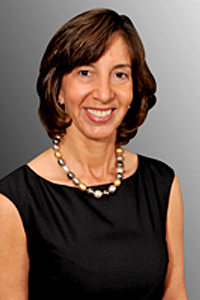 Dr. Anne Shrout has been practicing OB/GYN for more than 25 years. She is a native Washingtonian but spent the early part of her professional career as an active duty US Army physician. After completing her military service, she returned to Montgomery County in 2004 to start her civilian practice. She draws on her education as well as her personal experience to guide her in patient interactions and decision making.

Dr. Shrout has particular interest and extensive experience in advanced vaginal pelvic and reconstructive surgery. She is also very knowledgeable and skilled at high risk obstetrical care, but her practice includes all areas of OB/GYN.

Dr. Shrout received her undergraduate degree at Middlebury College in Vermont, then attended medical school at the Uniformed Services University of Health Sciences in Bethesda, Maryland. Her OB/GYN residency was at Madigan Army Medical Center in Tacoma, Washington. For 15 years, she cared for female soldiers and women within military families at army posts around the United States, including Washington, Kentucky, and Alaska.

Dr. Shrout and her husband, Joe, have been married for 29 years. He is retired from the army, and is a local orthopedic surgeon. They have three 3 daughters who have grown up in the area, attending local schools and playing in local club sports team. Dr. Shrout is an avid runner and also loves to play golf, snow skiing and waterskiing. She is a big fan of Redskins and the Nats.