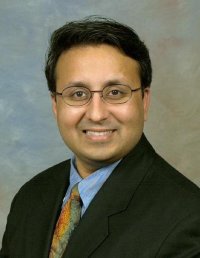 The Columbus Institute of Plastic Surgery

Dr. Bivik Shah started the Columbus Institute of Plastic Surgery, serving Columbus and Dayton, Ohio, because he wanted to create an environment in a private practice setting that left every patient satisfied and comfortable. He strives to make his patients feel cared for and important as they attempt to meet each and every medical and personal need.

Dr. Shah grew up in Cincinnati, Ohio. He earned an electrical engineering degree from the University of Michigan before returning to Ohio to attend medical school at Ohio State University. Dr. Shah later joined the faculty of Ohio State University, where he was responsible for performing surgery on some of the city's most complicated burn and reconstruction cases.

Dr. Shah is actively involved in Operation Smile, which provides voluntary care to children around the world and in the United States who are born with facial deformities. Dr. Shah has been on four separate Operation Smile missions, visiting Thailand, India, Honduras, and Bolivia to provide care to children born with cleft lip and cleft palate deformities. During the Operation Smile missions, which last for one or two weeks, Dr. Shah, and fellow volunteers operate for charity on about 100-150 children, providing them with new smiles and a renewed hope for the future.