95.6% Patient Satisfaction based on 23 ratings 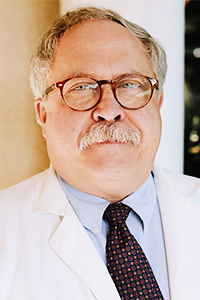 Born in Brooklyn, raised in New Jersey, educated in Pennsylvania, Dr. Accetta graduated from New York Medical College in 1984. He and his wife then began moving south. He completed his residency at the Naval Regional Medical Center in Portsmouth, Virginia in 1988. He served as an attending physician at the Charleston Naval Hospital from 1988 – 1991.

Board certified since 1990, he joined Lowcountry Women’s Specialists in 1991 at the end of Gulf War 1.

He is trained in and utilizes robotic surgery extensively. He has a special interest in menopausal disorders and management as well as twin pregnancies.

He has served on the Board of Trustees of Trident Health for 12 years. He has been chairman of the OBGYN section at the hospital as well as the chairman of the Women’s and Children’s Department.

He has been president of the Coastal Carolina Aquatic Association for 10 years. This tri-county summer swim league organizes and oversees competitive swim meets for 23 teams and over 2400 swimmers.

His wife and he live in Goose Creek. They have 3 sons, one who has graduated from Clemson and is pursuing personal trainer certification at TTC, one who is a graphic designer for The National Football League in NYC, and one who is an associate producer and reporter for MSNBC on the Morning Joe Show, also in NYC.