96.4% Patient Satisfaction based on 324 ratings 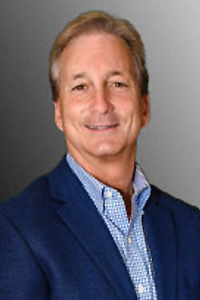 Born and raised in Montgomery County, Maryland, Dr. Darryn Band has been working with women’s health care for more than twenty years in and around the Capital. His father, Dr. Bernie Band, was a founding member of the practice in 1966, when it was called Band, Badwey, Goodridge, and Perez; he grew up watching his father live out the practice’s mission of creating a culture of compassion and caring. Now, as part of Division 22 of Capital Women’s Care, Dr. Band continues to forge doctor-patient relationships that are legendary.

Dr. Band received his undergraduate degree from Tulane University in New Orleans, then attended medical school at the University of Maryland. His OBGYN residency was at the Medical College of Virginia in Richmond. He returned home to begin working in obstetrics and gynecology, following in his father’s footsteps.

OUTSIDE OF THE OFFICE

Dr. Band and his wife recently celebrated their 25th wedding anniversary and saw their children off to college. When he’s not answering portal messages, Dr. Band can be found golfing, traveling with his wife, and working out at Title Boxing.