94.2% Patient Satisfaction based on 735 ratings 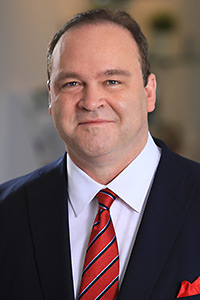 Dr. David Mobley has become well known in the Sarasota area for his abillities to create dramatic surgical improvements while maintaining a natural appearance.

Fellow Sarasota physicians voted him a "Top Doctor for Plastic Surgery" in Castle Connolly's Americas Top Doctors in 2007, 2008, 2009 and 2010. Patients often describe his approach as personable and unhurried during consultations and postoperative care, inspiring confidence and placing them at ease.

Dr. Mobley received his Bachelor of Science degree at Texas A&M University, and completed requirements for his M.D. degree at Baylor College of Medicine in Houston, Texas. After completing his surgical internship at Barnes Hospital in St. Louis, Missouri, he moved to Richmond, Virginia in 1987 where he completed a four-year residency in Otolaryngology at the Medical College of Virginia. Dr. Mobley's plastic surgery training occurred at Louisiana State University Medical Center in New Orleans, where he completed a full plastic surgery residency and microvascular surgery fellowship in 1993. In his final year of training Dr. Mobley served as Chief Resident in Plastic Surgery at Charity Hospital in New Orleans, Louisiana.