95.6% Patient Satisfaction based on 712 ratings 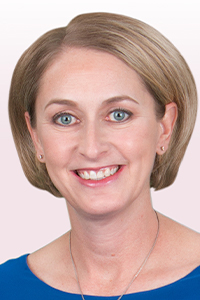 Originally from Union, KY, Dr. Venard now resides in Delhi. She is married with four children. Her hobbies include coaching volleyball, being on the Parent Board at St. Ursula, and playing softball and volleyball.