95.6% Patient Satisfaction based on 178 ratings 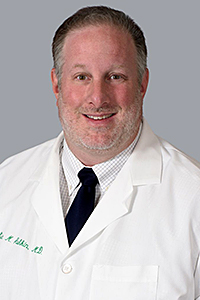 Dr. Eric Ashkin is an Assistant Clinical Professor in the Department of Obstetrics and Gynecology at the George Washington University School of Medicine and Health Sciences. He is currently a fellow of the American Congress of Obstetricians and Gynecologists and has been board certified in Obstetrics and Gynecology since 2004. He is a member of The American Association of Gynecologic Laparoscopists and speaks and moderates at nationally recognized conferences on advanced gynecologic surgery, each year. He has earned several awards in the education of both medical students and residents in Ob/Gyn throughout his career. Dr. Ashkin received his medical degree from The George Washington University School of Medicine where he remained for residency, eventually serving as Chief Resident in Obstetrics and Gynecology. Since entering into private practice in Maryland, Dr. Ashkin has developed an expertise in advanced laparoscopy and robotic-assisted gynecologic surgery utilizing the da Vinci surgical system at Holy Cross Hospital. He currently serves as the Vice President of Medical staff at Holy Cross Hospital. He is married to his wife Amy, and they have a son and a daughter.