97.4% Patient Satisfaction based on 368 ratings

Gary Steinbach
4.87
Based on 368 ratings
Value for the price 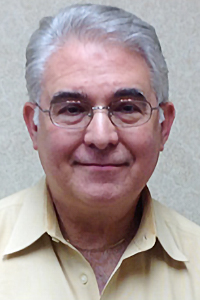 Dr. Gary Steinbach is a lifelong native of New Jersey. Growing up in Union County, he attended Rutgers College, completing his undergraduate biology degree in three years. After obtaining a masters degree in Genetic Counseling from Rutgers, he obtained his medical degree from the New Jersey Medical School. He was then selected for post-graduate training by the world famous Johns Hopkins Hospital, where he completed his internship and residency. Returning to New Jersey, he has practiced obstetrics and gynecology since 1984, with special interests in prenatal diagnosis, menopausal medicine, and polycystic ovarian syndrome.

Dr. Steinbach is active in the community, having served on the boards of several non-profit groups and recently completed a three year term as the president of a social service agency in Milltown. He has served on the medical staff executive committee as well as it’s long range planning committee.

In his free time, Dr. Steinbach enjoys crossword puzzles, tennis, and collecting fountain pens. He has been married to Cindy for 22 years and is proud of his two daughters and son.